Female @ was collected at 1302pm on the second day of our collection trip in Wales, the 7th June 2011, from a huge Oak tree in an area called Llanboidy in Powys by Tony Cross, from the Welsh Kite Trust. Tony expertly climbed the tree and found two chicks and an unhatched egg.

Female @ was the smaller of the two chicks on this occasion and her sibling was ringed and wing-tagged (Black 12) by Tony at the nest. Female @ was lowered carefully to the ground team; Marc Ruddock, Douglas Ruddock (my dad!) and my good friend George Henderson. The wood was unforgettable and was covered in blue-bells which in June just formed a slippery mat of green which we all slipped and slid along on our way towards and again back from the nest. I nearly fell over onto my face at least once, much to the amusement of the others!

Female @ weighed 795g when we collected her in June and a massive 1060g when we ringed and tagged her on the 22nd July 2011. Female @ was fitted with a 12g solar powered satellite transmitter by Brian Etheridge, who is the raptor monitoring officer in Scotland; Brian also manages the Northern Scotland Red Kite project on the Black Isle for RSPB Scotland.

Female @ was released along with the other 25 kites from the Newbridge cages on the 26th July and was seen regularly around the release site for the first few weeks. Some of the photographers got some great photos of her shortly after release. 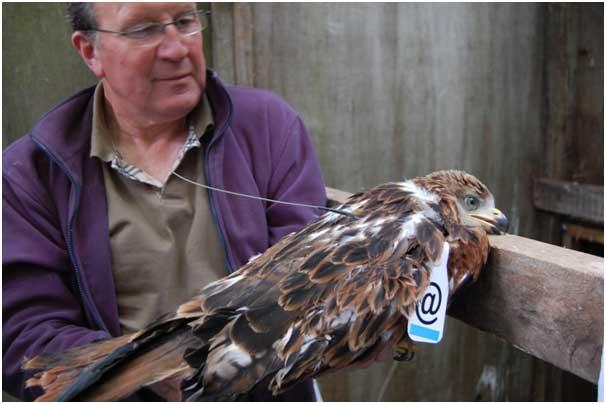 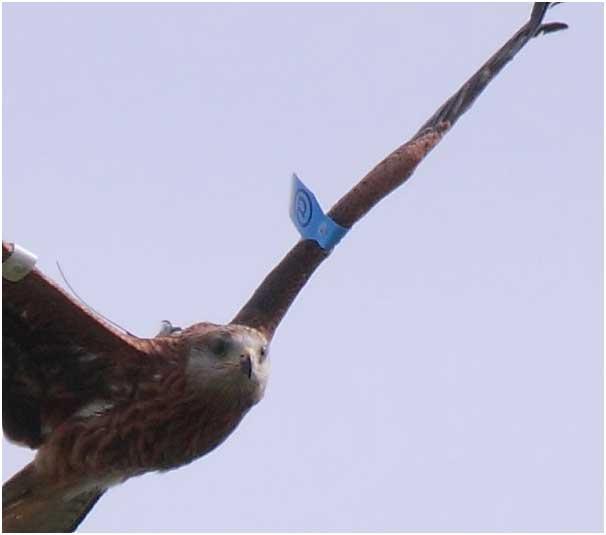